Tomorrow will mark the two week point since Sasha passed away.  It's been a hard two weeks.  Lot's of tears, lot's of heartache, and lot's of longing.

After the whole ordeal, I had to travel to Boston on Monday.  On one of my plane rides (had to go to Boston via Chicago) my seat mate, Will, and I commiserated on the loss of our friends.  His had passed away two years ago and he still was "weepy" when he talked about Fritzy.  Seeing this, I didn't feel so bad about being more than "weepy" talking about Sasha.  When I returned home, we picked up Sasha (see previous post), and then Melanie left for Boise.

Melanie had a great time in Boise.  She was excited to see the nieces and nephews, and to spend time with Kara before she left for her mission to South Dakota!  She ate Taco Time, Iceberg, went to Winco (we love Winco), baked pound cakes, and had time to visit with family.  I stayed behind to look after Sadie.

Sadie and I cleaned, we washed, we vacuumed, we dusted, we ironed the whole time we were together.  I know, you're saying "B O R I N G!", but it was a way to keep me occupied.  Plus, Melanie came home to a clean house and I have no un-ironed shirts in my closet!  BONUS!

We're adjusting to only having one girl (the four legged kind) roaming around the house.  It's not been easy, but it's getting better.

I wanted to say thanks to all of our friends that sent cards, called, dropped a note by, and kept us in their prayers.  We both appreciated it and we both appreciate you so much.  Thanks!

Sasha came to our house the last week of September 2001, having been born on 14 August of the same year.  She and her sister Sarah were just the cutest little wiener dog puppies, running, cuddling, sneaking out of the yard under the new fence.  We had just moved into our house after being without a four legged friend in our lives for five months.  Sadie had stayed behind in Las Vegas with Grandma and Grandpa.  We picked up the two little girls so that Sadie would have a playmate, and Grandma and Grandpa's pup, Little Foot, would also have a playmate.

Grandma and Grandpa arrived at our house on Thursday, 4 October to bring us Sadie, help us get settled, and experience a bit of the wide open space called Texas.  At the end of their two week visit, we sat in the living room with the two little girls, we hadn't named them yet and one wore a purple collar, the other a pink collar.  Grandma on one side, Melanie on the other, the two puppies in the middle.  Next thing you knew, Miss purple (Sasha) crawled up into Melanie's lap, and Miss pink, crawled into Grandma's lap.  They had chosen their own parents.

Over the years, we learned to love Sasha and her little quirks.  Her head turns, the way her eyes looked at you, her furrowed little brow.  We learned to look down before stepping.  If I was home alone she was my shadow, if Melanie were home alone, she was Melanie's shadow.  If we were home together, I could coax her to sit with me for a minute, but she had to be with her Momma at all times.  We got used to her licking her front paws...for what seemed like hours on end.  Oh how she liked to lick.  We learned to take off our glasses before getting kissed, otherwise you were wiping off your lenses when you were done.  Sasha was a great friend, and family member.

Last Friday 20 May, I'm travelling home from California, stuck with delays in Houston, only to have my flight cancelled.  As I'm arranging a car to drive home, Melanie calls me frantic as she's on her way to the vet's office.  Sasha had gone blind.  We don't know why.  We don't know what happened, she had gone blind.  I got to the house around 10:30 and she kissed my face, glasses and all, wagged her tail, and ate some warmed chicken broth, little did we know it would be her last meal.  During the night she became sick and started to pass a lot of blood.  We took her to the vet, who told us that there was not anything they could do.  We made the super hard decision to end her suffering and put her to sleep.  I believe she knew it was time.  She was so calm and laid there in her favorite Scooby Doo blanket so calm.  They took her back and prepped her leg then brought her to us to hold and to kiss and to cuddle with.  The staff and the vet were so wonderful, so caring, so loving.  Within seconds, she slipped from this earth, crossed over the rainbow bridge and went frolicking into the fields with Little Foot and Duke.  We cried, sobbed, and held onto each other for dear life.  We held her one last time, and bathed her face with tears and kisses, and like that we were left the vet's office to go make arrangements.

On Wednesday, we picked up our baby, held so preciously in a beautiful stainless steel urn with doggie paw prints on it, her collar, and her Scooby Doo blanket.  We brought her home, placed her on the mantel and draped her collar around the urn.  She now is with us at all times in the house and we are better and blessed for having her in our lives. 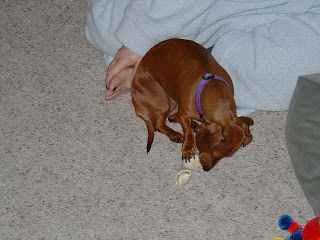 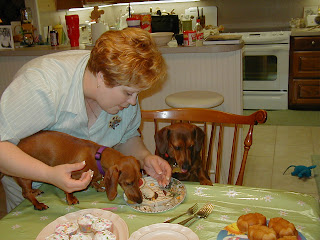 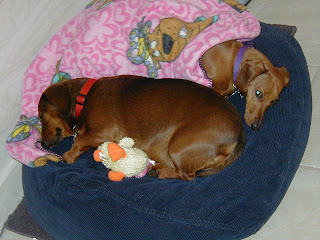 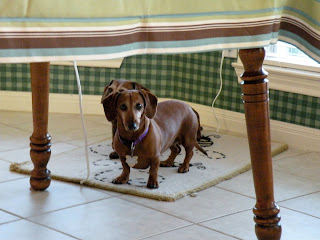 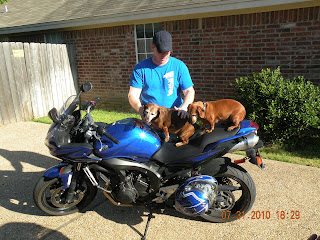 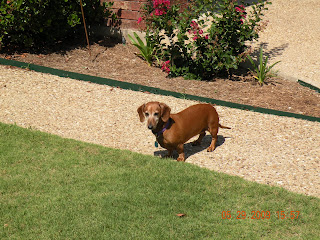 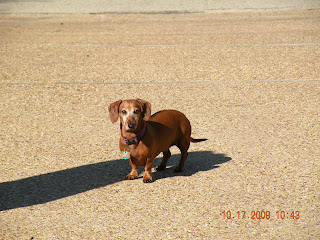 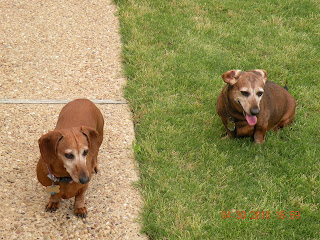 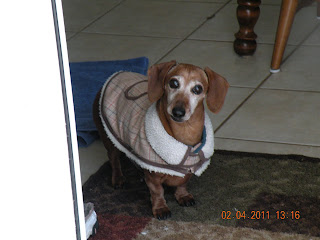 Until we meet you again at the rainbow bridge Sasha.

I'm thankful to be coming home, to be in my own bed, and to eat at any fast food restaurant I want to (while in NZ, my contact wouldn't let me have McDonald's!).

I'm thankful that I will get to hear and see American TV that isn't behind by one or two seasons or episodes.

I'm thankful for my girls, I can't wait to see them.  Doggone it, I'm just thankful and happy to be coming home...and to mow my grass!

See you all when I return.

Curves, as in road curves, baseball curves, life curves.  So when you're busy making plans, life throws you curves.  That's what has been happening at our ranch here.

The last six months have been very complicated.  So complicated, I decided not to share them with the blogging world at large.  Many of you readers are friends and family, and you know intimately what is going on.  I thank you on behalf of Princess and myself for your continued love and support.

For those that aren't informed, the complexity is very intimate and I will not share it here at this time.  No, no one has a terminal illness.  No, we haven't lost our jobs, or family members. It's just been a lot of soul searching going on at the ranch.

Please bear with us, give us lot's of patience as we muddle through and find the answer to the curves.

Again, thanks so much.